JuanHand stepped up as thousands of Filipinos cry for help after Typhoon Ulysses destroyed their homes and livelihoods by extending financial aid through ABS-CBN Foundation’s Lingkod Kapamilya, the company’s partner in corporate social responsibility (CSR).

Over 4 million residents in Luzon were affected by Ulysses, according to the NDRRMC (National Disaster Risk Reduction Council) . The powerful typhoon brought heavy rains in Central Luzon and nearby provinces, including Metro Manila, which caused overflowed rivers and severe flooding. As a result, 73 are dead and 85 were injured.

Weeks after the typhoon, Luzon remains to be under a state of calamity. 93,759 displaced residents continue to stay in evacuation centers, while more than 9,000 families are being served outside evacuation centers. Some evacuees call this misfortune a double whammy, as they lose their homes and their means of living while the threat of the ongoing health crisis looms above their heads.

Through JuanHand’s partnership with Lingkod Kapamilya, there is assurance that the relief efforts will be directly given to typhoon survivors who really need the help. Moreover, this will be the first of the many donation drives that will happen with ABS-CBN Foundation.

JuanHand is a safe and secured money-lending company that started in June 2019. The company hopes to provide charitable services to those in need to express the company’s mission of pursuing improvement and progress in the country.

This is not the first time that JuanHand extended help to those Filipino in need this year. It first offered financial and in-kind donations to medical frontliners during the early months of the health crisis.

And the brand vows that this will not be the last. 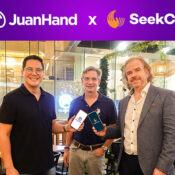 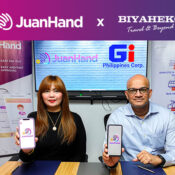 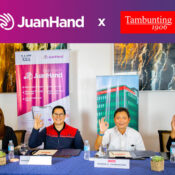